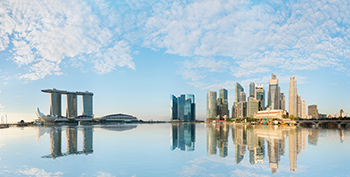 MB Capital Management Pte Ltd was established in Singapore in December 2010. The company holds a Capital Markets Service License in Fund Management from the Monetary Authority of Singapore.

The company manages portfolios for individuals, trusts and companies in global markets with clients worldwide.

MB Capital Management’s primary relationship for custody and administration is with Pictet et Cie, the leading independent private bank in Switzerland, which has a global network of offices, including Bank Pictet & Cie (Asia) Ltd, in Singapore.

Malcolm has had a long career in broking, investment banking and asset management in London, New York, Hong Kong, Geneva, Zurich and Singapore.

After graduating from the University of Kent, Canterbury, UK, he joined brokers W I Carr Sons & Co (later Carr Sebag) in the City of London, becoming a partner in the wealth management department in 1978. In 1981 he moved, with W I Carr, to New York as a salesman of Asian equities to US institutional clients.

In 1984 he joined, in New York, UK investment bankers, Robert Fleming, to establish the bank’s international equity sales efforts in the US and Canada. In 1988 he moved to Hong Kong to become CEO of Jardine Fleming’s Asia ex Japan broking operations, responsible for sales, trading and research teams in 7 regional offices. In 1992 he was based at Robert Fleming in Geneva as the senior representative of the Fleming Group in Switzerland and France.

From 1992 to 1995 he was in New York, in charge of the Asian sales teams in the US and Europe for BZW, the investment banking arm of Barclays PLC. He then established BZW Switzerland, in Zurich, in 1995, of which he was CEO until 1999.

In 1999 he founded Malcolm Bone Investment Advisors, the forerunner of MB Capital Management, in Zurich, moving the business to Singapore in early 2011.

He is CEO and CIO of the company. 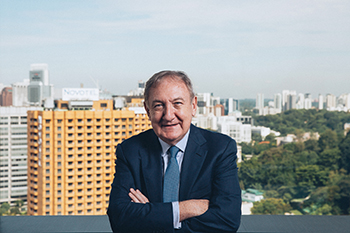 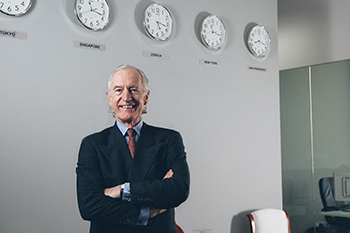 Iain Saunders is a director of MB Capital Management and Chairman of MB Asia Select. He is resident in the UK.

Iain graduated from Bristol University and began his career in the City of London at merchant bank, Arbuthnot Latham in 1969. He then joined Robert Fleming, where he had a long and distinguished career in Hong Kong, Tokyo, New York and London. This included being head of Jardine Fleming Japan from 1977 to 1984 and head of Robert Fleming’s US business from 1984 to 1989. In London, he was in charge of Flemings’ investment and pension fund business, and from 1994, for 7 years, he was Deputy Chairman of Flemings’ investment management activities.

As well as his position with MB Capital Management, Iain is Chairman of JP Morgan Asset Management’s European mutual funds.

Iain is Chairman of the company’s Internal Audit and Risk Management and Operations and Compliance Committees.

Ivan Woo, a Singapore Citizen, is Head of Compliance and Operations at MB Capital Management.

He joined the company in May 2011, having previously held positions at Royal Bank of Canada and HSBC Institutional Trust Services where he was a Senior Portfolio Administrator.

He was educated in Singapore and qualified as an Affiliate of the Association of Chartered Certified Accountants in 2005. He holds a Master’s Degree in Applied Finance from the University of Adelaide, Australia, from where he graduated in 2009. 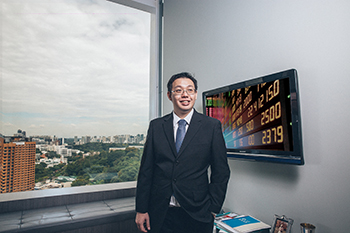